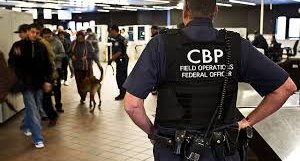 According to the DHS Fact Sheet, Protecting The Nation From Foreign Terrorist Entry To The United States issued March 5, 2017:

The new Executive Order imposes a 90-day suspension of entry to the United States of foreign nationals from Sudan, Syria, Iran, Libya, Somalia, and Yemen who are outside the United States on the effective date of the order, March 16, 2017, do not currently have a valid visa on the effective date of this order, and did not have a valid visa at 5:00 eastern standard time on January 27, 2017, are not eligible to travel to the United States. The 90-day period is to allow a review and establishment of standards to prevent terrorist or criminal infiltration by foreign nationals.

Iraqi citizens are exempted from the new EO, as Iraq is to increase cooperation with the U.S. Government on the vetting of its citizens applying for visas.

The EO provides for the exercise of discretion, on a case-by-case basis, to issue visas or allow entry of nationals of these six countries into the United States upon proof that the denial of entry would cause undue hardship, that there is no threat to national security, and that his or her entry would be in the national interest.

The Refugee Admissions Program will be suspended for the next 120 days. Refugee admissions to the United States will not exceed 50,000 for fiscal year 2017. The EO does not apply to those refugees who have already been formally scheduled for transit by the State Department. During this 120-day period, similar to the waiver authority for visas, the Secretary of State and Secretary of Homeland Security may jointly determine to admit individuals to the United States as refugees on a case-by-case basis.

USCIS is Suspending Premium Processing for All H-1B Petitions, Including New Cap-Subject Petitions

USCIS Will Temporarily Suspend Premium Processing for All H-1B Petitions

While premium processing is suspended, we will reject any Form I-907 filed with an H-1B petition. If the petitioner submits one combined check for both the Form I-907 and Form I-129 H-1B fees, we will have to reject both forms.

We will continue to premium process Form I-129 H-1B petitions if the petitioner properly filed an associated Form I-907 before April 3, 2017. Therefore, we will refund the premium processing fee if:

This temporary suspension of premium processing does not apply to other eligible nonimmigrant classifications filed on Form I-129.

While premium processing is suspended, petitioners may submit a request to expedite an H-1B petition if they meet the criteria on the Expedite Criteria webpage. It is the petitioner’s responsibility to demonstrate that they meet at least one of the expedite criteria, and we encourage petitioners to submit documentary evidence to support their expedite request.

We review all expedite requests on a case-by-case basis and requests are granted at the discretion of the office leadership.

Why We Are Temporarily Suspending Premium Processing for H-1B Petitions

This temporary suspension will help us to reduce overall H-1B processing times. By temporarily suspending premium processing, we will be able to: 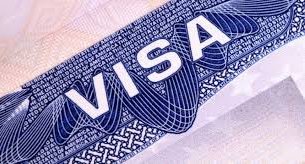 This is a friendly reminder that it is that time of year again – H-1B season! All new, cap-subject H-1B petitions should be ready for mailing to USCIS by March 31, 2017, so that they will be received by USCIS on April 1st. Employers actually do have four more days – the first five business days in April – to get their H-1Bs filed, but thinking of March 31st as your deadline is best practice. If you are an employee, you need to make sure that your employer is cooperating with their lawyer, and providing all necessary documents and information for the H-1B petition.

Today is already March 1st, so if you are an employer and have not yet gotten started on gathering the information and documents for the H-1B petitions you are planning to file on behalf of employees or prospective employees for this fiscal year, you need to get organized. You have only this month of March to prepare.

Last year, April 2016, USCIS received more than 236,000 H-1B petitions for new, cap-subject cases. Because there are only 65,000 H-1B visa numbers, and an additional 20,000 H-1B visa numbers for US masters degree holders, USCIS again held a lottery to determine which petitions would receive H-1B visa numbers. Even if your petition is lucky enough to receive a visa number, this is no guarantee that the case will be approved. You still must show that the employee is a professional, with the equivalent of a U.S. bachelor’s degree, that the position itself is a professional one, which generally requires a bachelor’s degree in a specific field, and that the employer is bona fide, and has sufficient revenues and work available to be able to pay the prevailing wage, and to provide a position for the beneficiary for up to three years, or length of time requested in the petition.